Behind the Scenes - Rise of the Pro-X

I designed the Pro-X Elite as the ultimate solution to a problem that I’d begun to address in the original CardioWall®.

As a way of motivating reluctant exercisers, the CardioWall had proven its worth, but I was being asked if there was a way of making it even more challenging and recording scores or performance data.

When I was working with TeamGB during the run-up to the London 2012 Olympics, I was impressed with the amount of data that was recorded and analysed, so I had some idea about what I wanted to capture already. So, the electronics were re-designed to measure reaction time between colour or ‘state’ changes of the pods, and new software created to make sense of it - including heat maps showing left/right bias and leaderboards to bring out the competitive side. 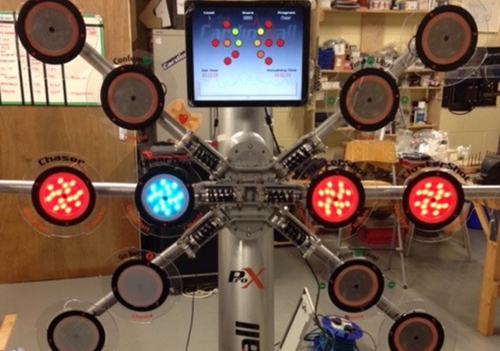 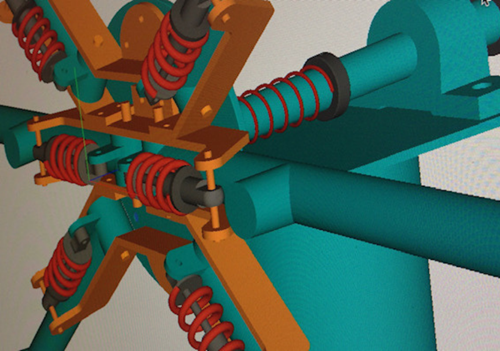 Mechanically I wanted to make the Pro-X Elite to reflect the quality of the exercise and inject some kinetic movement that both added to the drama, reduced physical impact and looked cool.

Originally, I also designed in the option of rotating the ‘X’ head vertically to introduce an alternative challenge (see image), but ultimately the extra complexity and cost wasn’t judged to be worth it. 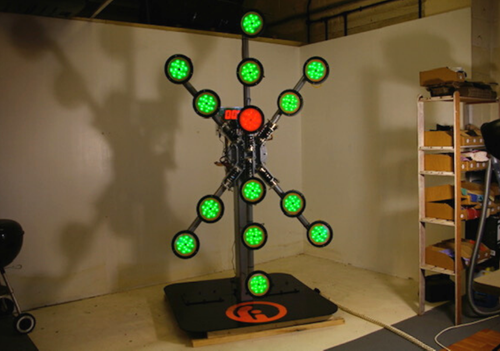 Once we had tested thoroughly using a very wide variety of users it was time to rationalise the design and find partners to fabricate individual components.

The spine is the core of the whole product, so with prototype 2 I wanted to improve the overall aesthetic, reduce twisting and improve stiffness. A tube resists torsion equally along its length and seemed the obvious solution, so although it made the intersection between the X head complex the result was both functional and aesthetically satisfying.

Finally, the touch screen UI was mounted between the top arms giving it excellent visibility and support from the spine.

Overall, I’m delighted with the final Pro-X Elite design. The tune-ability of the X head through the shock absorbers allied to the flexibility afforded by the computer-controlled UI that can be continually upgraded means that the product should remain current and demanding as it is fun.

And it looks great! 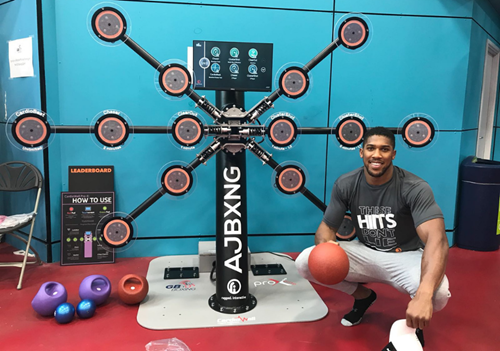 Did you know our Pro-X was featured on the Netflix sitcom 'The Crew', starring Kevin James? Read all about our appearance here. 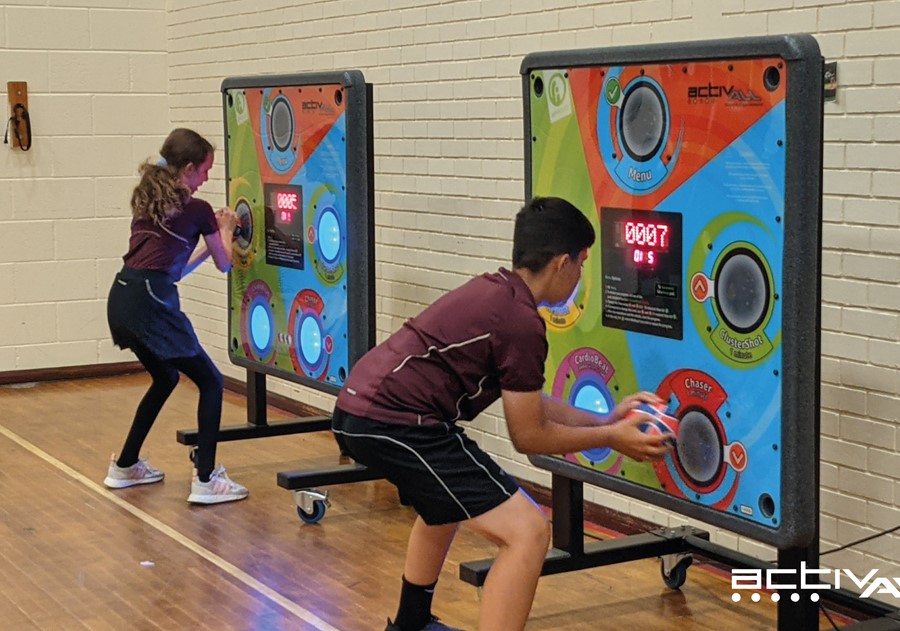 Wednesday, July 14, 2021 Physical Activity in Schools: Are We Teaching Our Children Properly?

Regardless of age, being active is fundamental for our physical and mental health and wellbeing. Whether it’s structured exercise or…