Netflix: How Rugged Became Part of ‘The Crew’ 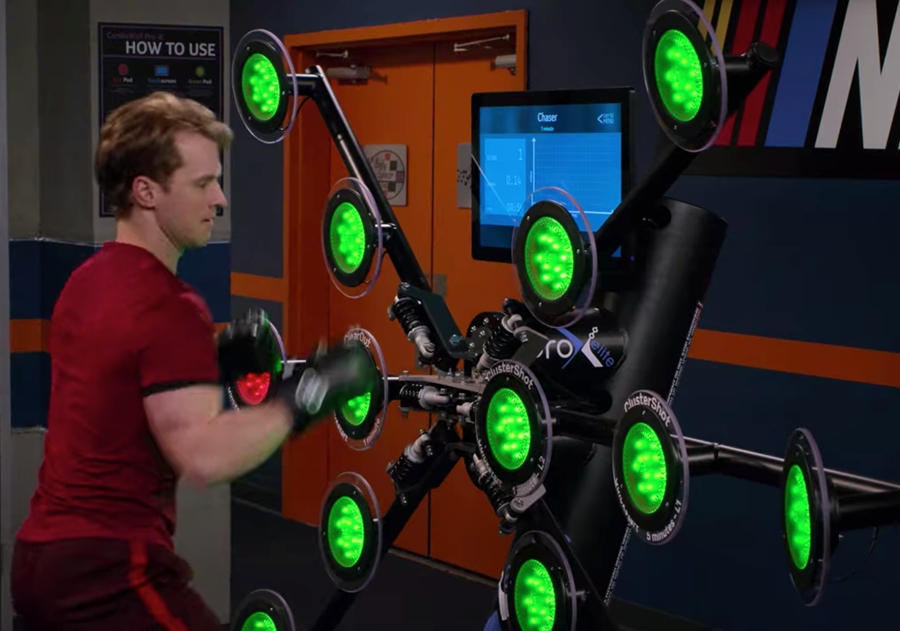 The big question: How did a small (but ambitious) Cornish company get their product the Pro-X Elite on the latest Netflix series The Crew?

No joke, Hollywood came calling. OK, so they’re not based in Hollywood, they’re actually in New York, but it just didn’t sound quite as good. So, here’s a little behind the scenes of how it all happened, and how Rugged became part of ‘The Crew’…

At the end of 2019, we were approached by a Creative Designer from Netflix who had been looking for a futuristic and unique piece of exercise equipment for their new series The Crew, featuring Kevin James. Based on a fictional NASCAR team, the producers had been researching the fitness technology currently used by Formula 1 drivers - which is where they first came across the name Rugged Interactive, and our flagship product the Pro-X Elite.

After much toing and froing of emails and calls, on 19th December we were given the go ahead from the team in red. The Pro-X Elite was heading stateside. 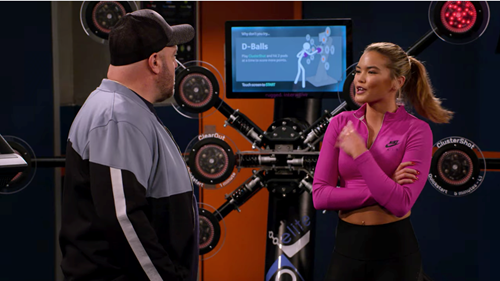 Everything moves at lightning speed when it comes to TV production, so fast-forward to 4th January and I, Roving Reporter Robin, was on a flight to New York with my first stop (after 4 hours sleep), the Netflix studios.

En-route to the studio, I was taken on a small detour by the ex-NYPD taxi driver who told me all about the film set, what to expect and the fact that the moon landing shuttle was built in the place next door. What he failed to mention was just how many people are required to pull a set together, it was like being in Times Square on New Year's Eve.

My job on set – remove the Pro-X Elite from its shipping crate, put it together and position it in their ‘gym’. Easy in theory, but difficult when there were so many distractions. Most being crew members asking “What’s that? Please can I have a go?”.

At one point, there were 14 crew members competing on it, trying to be top of the leaderboard… which prompted a manager to come over and tell them to all get back to work. I think at this point, they could tell the Pro-X was going to be a hit with the cast too.

My work here was done. I left the studio late that night safe in the knowledge that the Pro-X Elite was standing tall and ready for action. The only thing to do now was wait 13 months for the global pandemic to delay everything, until we could finally find out whether our product made it to the small screen. (Note to self: no amount of pestering of the producers will let you know whether you’ve made the final cut.)

When I was back on damp British soil, I received an email from one of the set organisers to say; “Kevin James, the director and the producers walked through the set today and they can't believe we managed to get the Pro-X!”... turns out our flagship product is actually an A-list celeb!

The Crew Netflix Pro-X behind the scenes
Related Posts