Climbing’s Olympic Debut – Will it be taken to new heights? 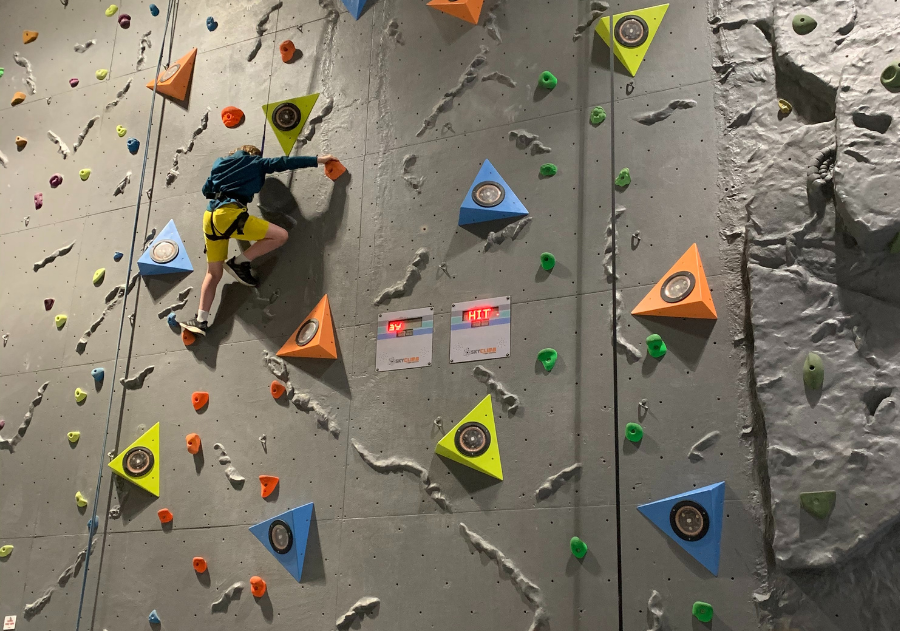 Climbing’s Olympic Debut – Will it be taken to new heights?

The International Olympic Committee added climbing to the Olympic programme for Tokyo 2020, and we can’t wait to watch! Climbing combines strength, agility, coordination and bravery – add it to an Olympic Games and you’ll also need a whole lot of guts, determination and motivation.

Over the last 10 years, climbing has gone from a relatively niche sport, to a worldwide sensation, and it’s about to be given its biggest platform yet. So, how might climbing’s Olympic debut impact the sport, its followers and participation levels?

The Evolution of Climbing

Rock climbing was a necessity of Victorian Mountaineering in the Alps and in the late 19th century it became a recreational activity in Italy, France, and England. It was all about the adventure and accomplishment, and less about the difficulty of the climbing. With just a rope tied around their waist, and very little protection from falling – in my opinion – this generation of climbers were crazy!

As technology advanced and investment into climbing increased, the sport naturally developed and evolved. Safety increased with harnesses, ropes, and helmets; equipment improved with shoes, clothing and quickdraws; and more recently there is a greater influence from sport science and technology. Alongside these advances, climbers started to push the limits and sport climbing started to evolve into how we know it today – trying the hardest route possible.

Today, Sport Climbing and bouldering are the two disciplines which continue to push the limits of the sport, and question what is humanly possible to climb. Competition is fierce, which is why climbing lends itself so perfectly to the Olympics.

For all the non-climbers watching climbing for the first time, here’s a need-to-know for thrilling viewing. 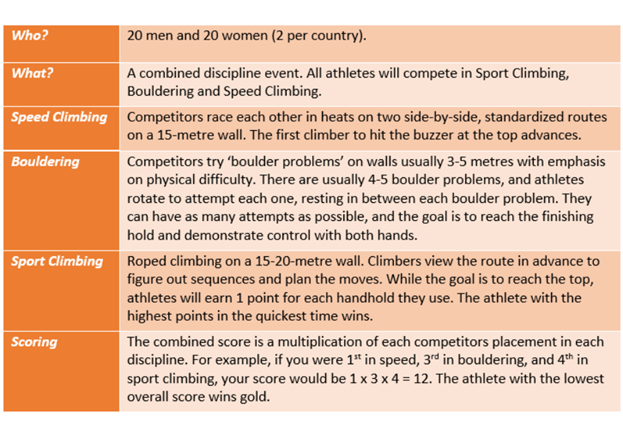 At Rugged, we’ve always admired the physical and mental prowess required to compete at the highest level. However, our aim has always been to get as many people as possible physically active whilst having fun. In the lead up to Tokyo 2020, our product development team made use of the one-year delay and added SkyClimb to our climbing challenge offerings – a set of interactive pods that can be added to any standard climbing wall. SkyClimb uses gamification to challenge the user to be faster, climb higher and improve on previous performances.

We’re not all blessed with the natural talent and inner motivation to train to the limit like Olympians, but by adding interactives – a score or a time to beat – we can encourage and motivate users to be that little bit better. For your average Joe, little victories are often just as important as big ones.

The popularity of climbing has drastically increased over the last few years, and with the exposure from the Olympics this is expected to rise. The sport has great accessibility and can be a relatively cheap activity to get involved in. For example, if you just want to boulder, all you need is a pair of shoes and a gym membership! With more specialist climbing centres opening, and gyms and indoor attractions adding climbing walls to their facilities, the opportunity to get involved in this sport is growing.

It’s well known that without visible role models, grassroot sports can struggle to build up participation and inspire young rising stars. Up until now, climbing hasn’t been particularly visible on mainstream TV or online platforms, but this is all about to change.

The big question is – which country will be the first to claim Olympic gold at Tokyo? My money is on Adam Ondra of Czech Republic and Janja Garnbret of Slovenia.